Presented at the 2014 San Diego Comic Con, the posters were featured at the Mondo Gallery's "75 years of Batman" exhibit. Each version has a different supporting cast, with the standard showing Julie Newmar as Catwoman versus Eartha Kitt in the variant, among others.

We were very lucky to have Mr. West's and Mrs. Newmar's approval of their likenesses in the poster. 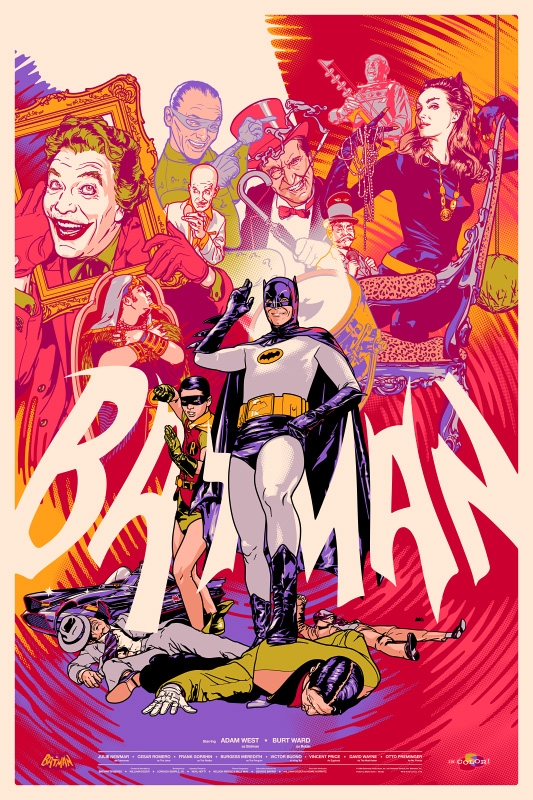 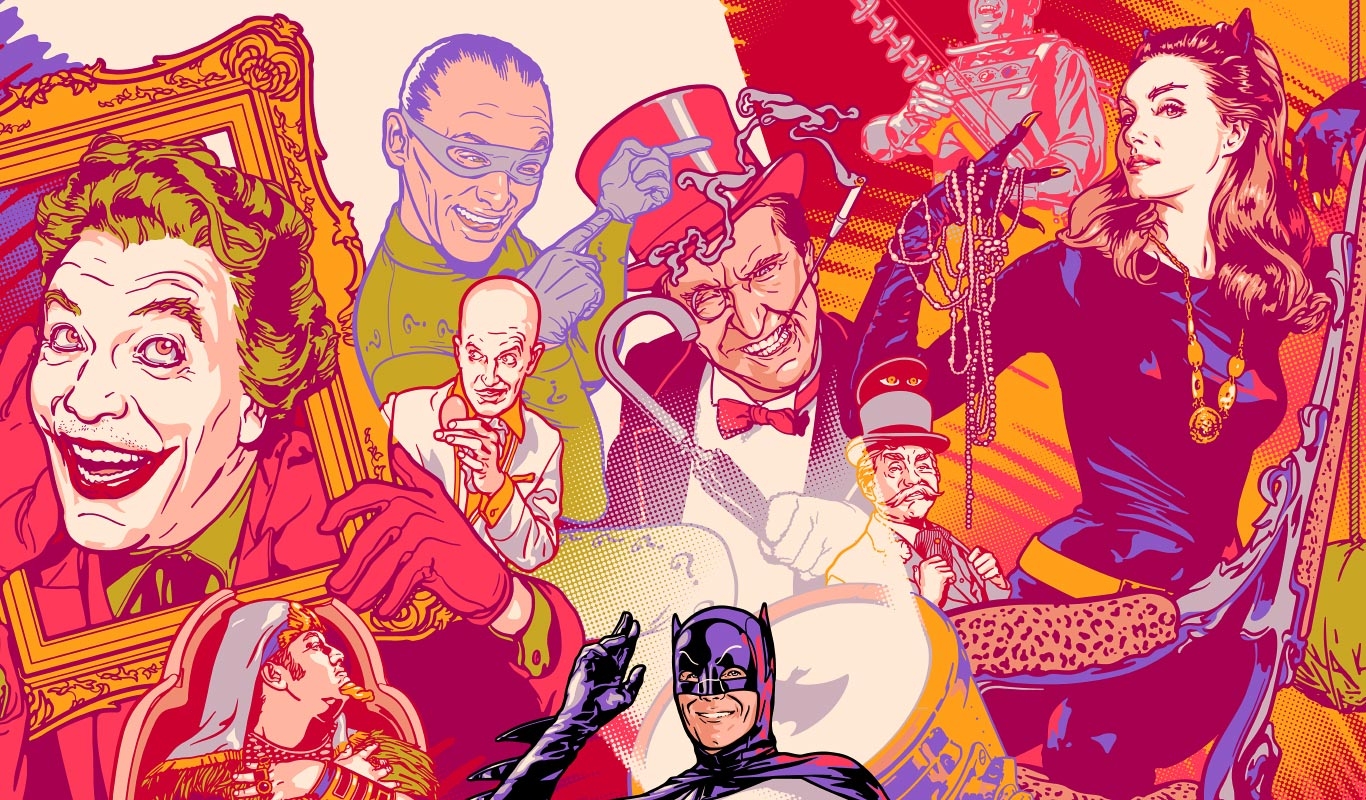 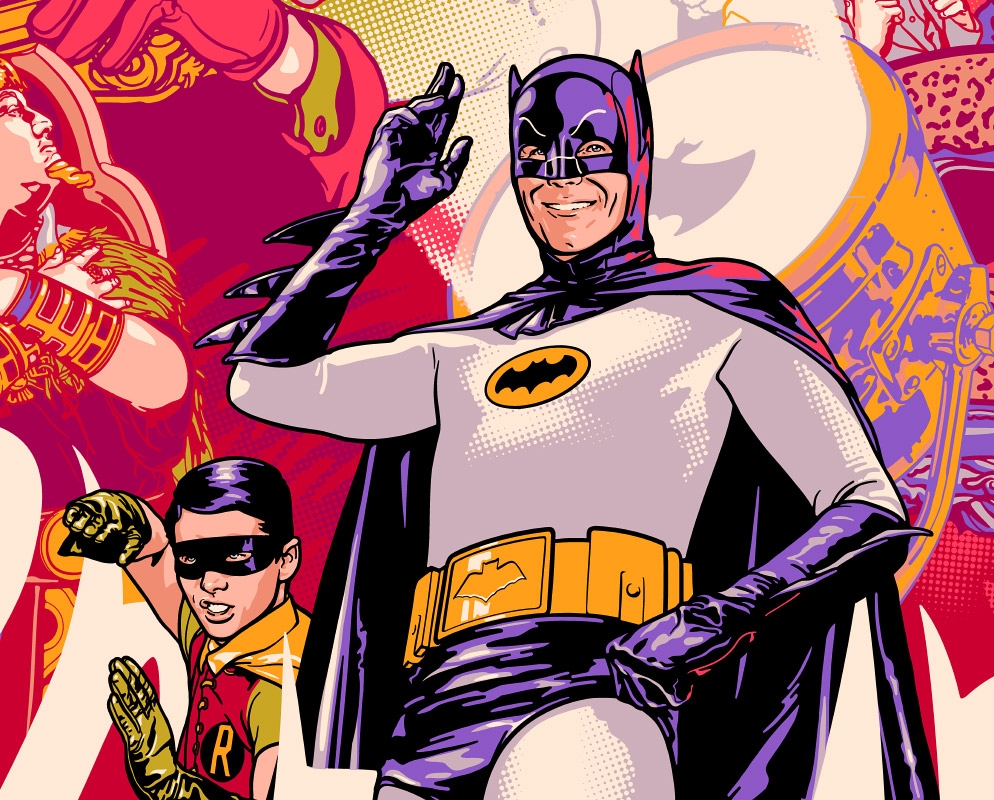 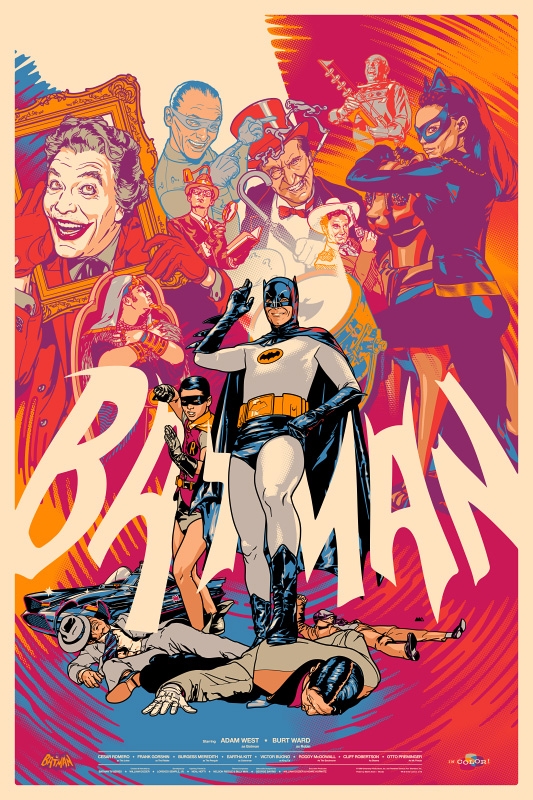 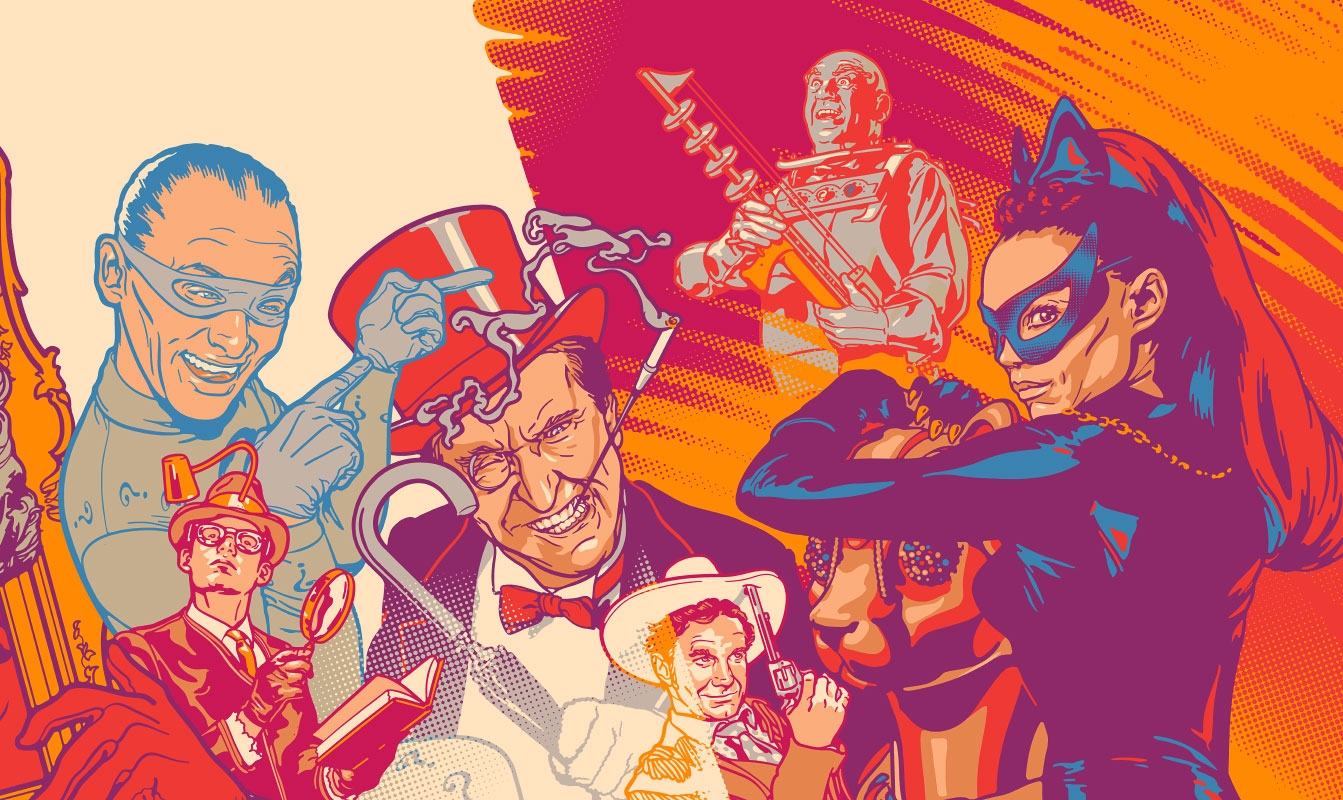