History Channel reached out to collaborate on the promo artwork for the coming season of their documentary-style series "Ancient Aliens". The show supports the ancient astronauts theory popularized by author Erich von Däniken, based on hypothetical historical evidence of past human-extraterrestrial contact.

—Coincidence, or a pattern repeating from the stars?— 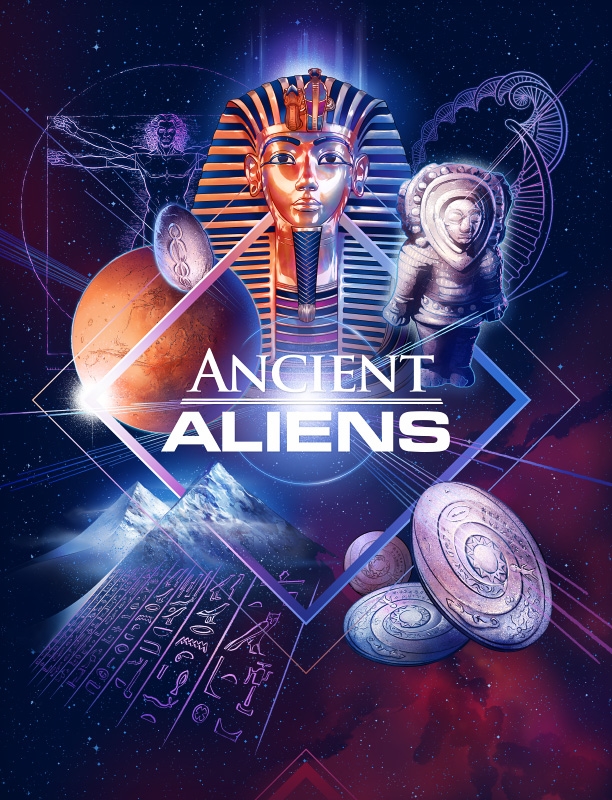 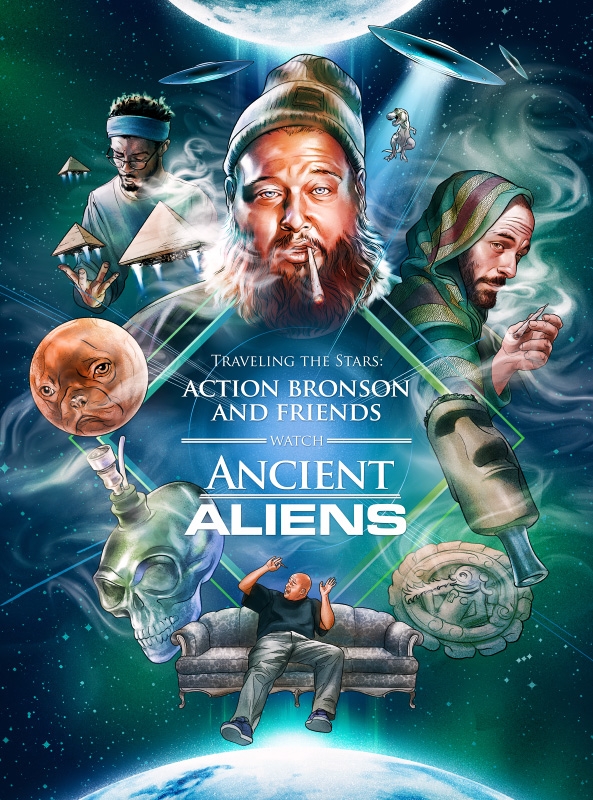 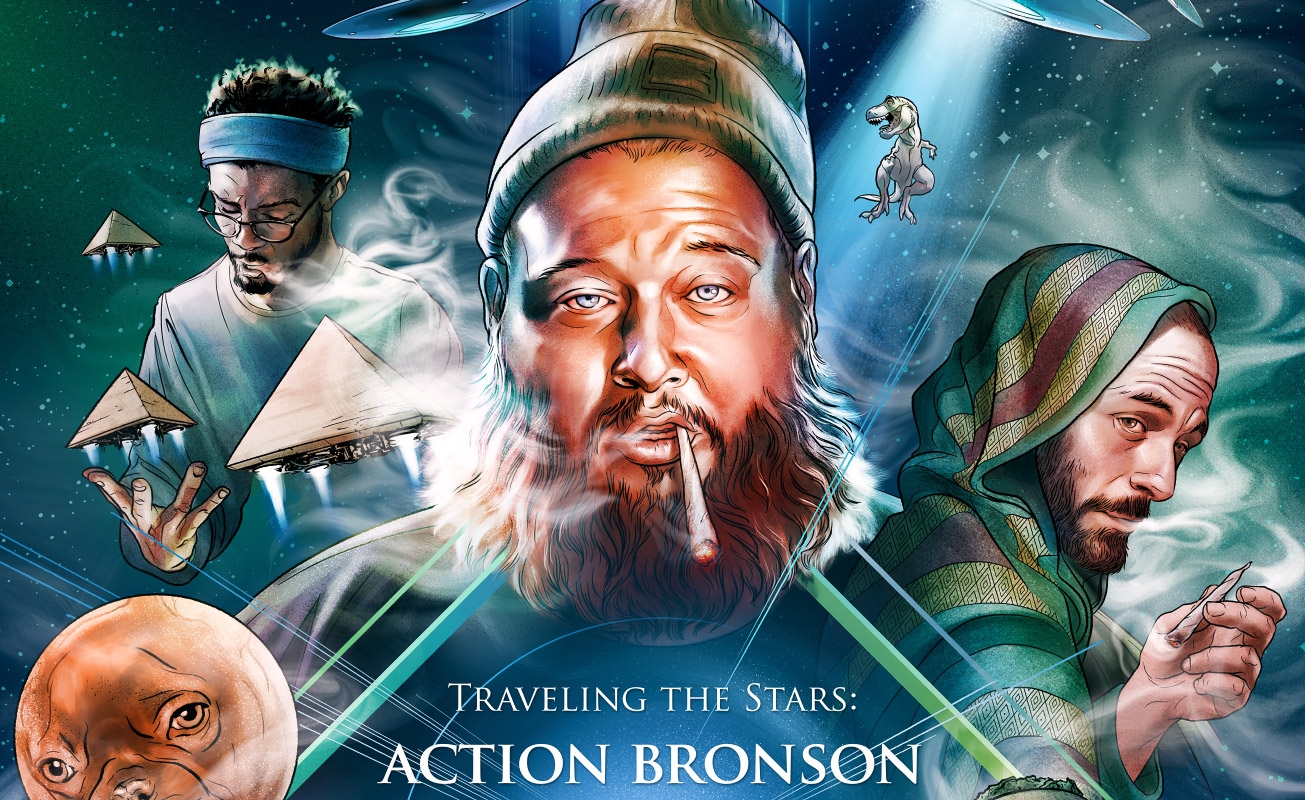